skip to main | skip to sidebar

Lewis P. Wellington has a nasty ear infection.   I noticed it right away and brought him to the vet, but it's since gotten worse. So today we upped the meds in the hope that he's feeling better soon. 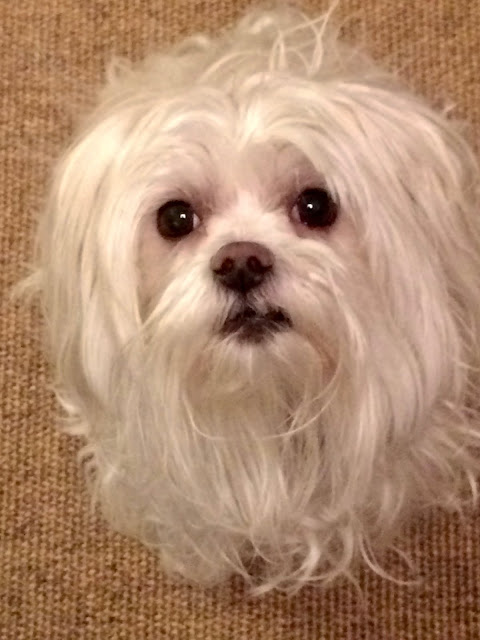 There's a lesson in this for me.   Lewis is groomed every month by an excellent groomer.  She's been doing my dogs for 20+ years with very few problems, but unfortunately she is human.  It appears that she missed plucking the hair in one of Lewis' ears on the last groom.  One ear was good and hair-free, but the other (the one with the infection) had clumps of hair growing in it.

The lesson for me, is that (as somebody who is learning to groom Gemma myself) ears are important!  You have to stay ahead of them - and apparently do them often -  or the dog suffers.

Ears are hard for me.  I'm scared I'll stab Gemma in the brain with the hemostat when she moves around, so I've been cleaning weekly and getting help from other groomers to do the plucking once every two or three weeks.   I think that after this, I'll work harder on getting more comfortable doing it myself, and keeping on top of it every week.
Posted by Where the Fur Flies at 4:33 PM No comments:

It makes me happy that she hasn't grown out of this pose (yet). 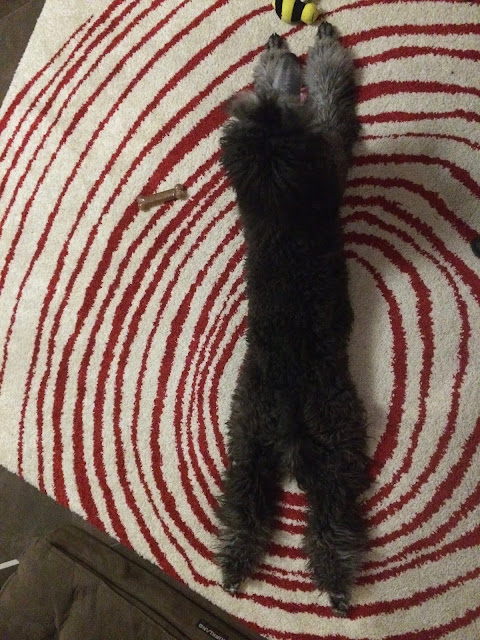 Posted by Where the Fur Flies at 9:29 AM No comments:

It's -30C outside tonight, and predicted to get colder before it warms up.  If you need us, we'll be under a blanket on the couch, with a fire roaring. 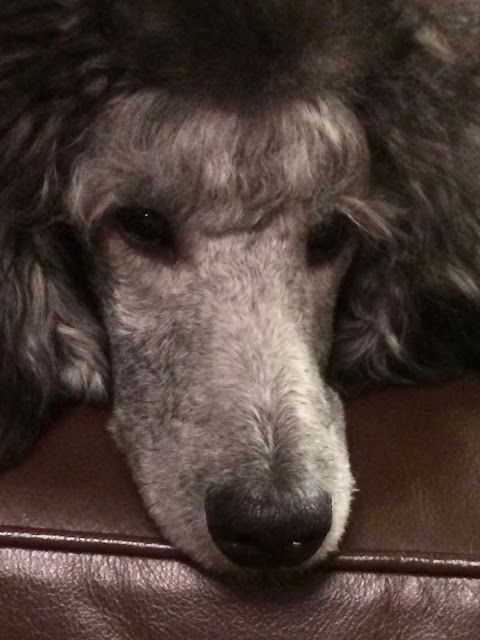 Posted by Where the Fur Flies at 5:51 PM No comments:

Every week since Gemma came home, I take a picture of her with Lewis on the stairs of the back deck and post it on Facebook.  It's been fun to watch her grow from smaller than Lewis to 4 times his size, and now each picture shows her getting lighter and lighter in colour.

Unfortunately, the lighting is getting harder to deal with as winter settles in.  The sun is directly behind the stairs in the mornings, the light reflects off the snow and gives the pictures a blue tinge in the afternoon, and it's dark in the evenings.  So, I have been thinking about shooting the pictures in another spot.

I took this one last night.  It didn't work out so well - I had to use a filter to clean up the colour again because there was too much of a red tinge. 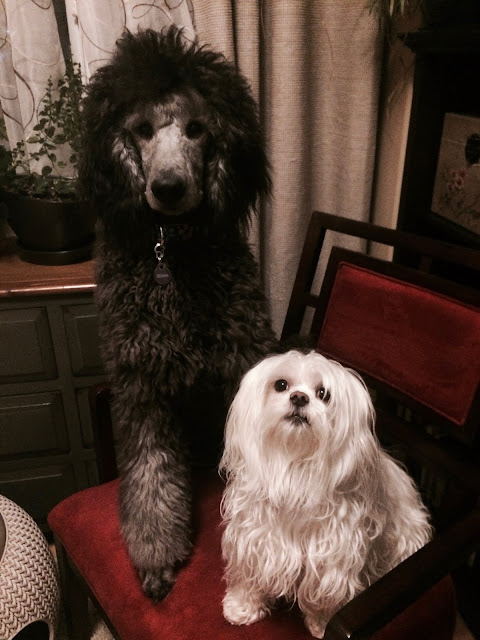 I swear, Apple used to let us adjust the white scale in pictures between blue and red, but now it just intensifies and reduces the colours.  I guess what this means is that using my cheap point and shoot camera or my iphone won't work.  I'll have to bust out the good camera, and make those adjustments before I take the shot.
Posted by Where the Fur Flies at 10:33 AM No comments:

I'm learning about the poodle colour thing as I go here.  I can hardly picture her as a light dog, but I'm told that's what she'll become in the next year or so.  She's my third standard poodle, but my first two were black or blue.  (Tallulah was blue... which I didn't even know while she was alive.  Blue poodles get white/grey hairs mixed in with her black hair at about 3 years old... too young for it to be a reflection of their age, but they definitely have a sprinkle of grey worked into their black.)

Gemma is a silver standard poodle; a poodle that's born black but lightens up in their first year or two.  She's expected to be a platinum silver girl, which is the term used to describe a very light silver dog... hard to believe, considering how dark she is today. 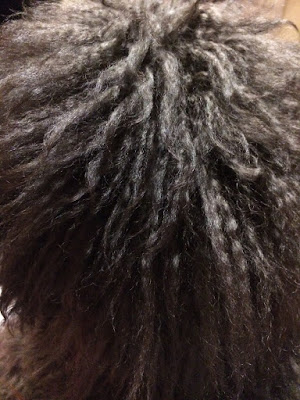 I'd pay a lot of money to roll out of bed and have a head of hair that looks that good.
Somehow, I've never managed to make my curls work for me.  They always seem to want to fight me. 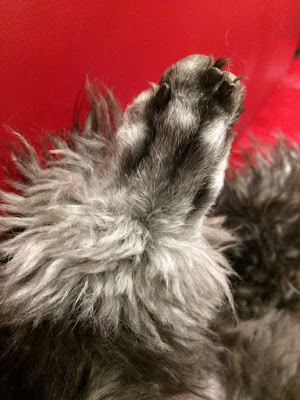 And here's why they're called "silver" instead of just grey... they glow. 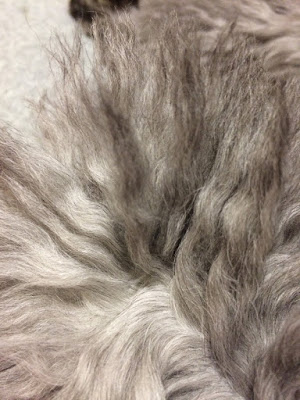 This is the poof around her ankle, which appears to be changing first.
Right now, it looks medium-dark grey from the outside, but if you dig down to the skin it's getting a lot lighter.

Posted by Where the Fur Flies at 5:32 PM No comments: 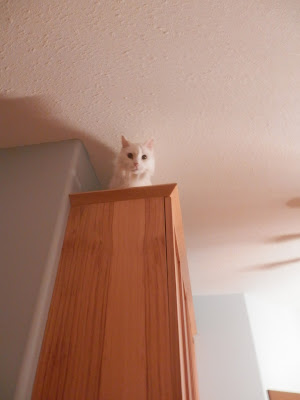 Posted by Where the Fur Flies at 8:10 AM No comments:

Winter the cat, napping in his pod.  (Black and White will cover a lot of flaws in photography.) 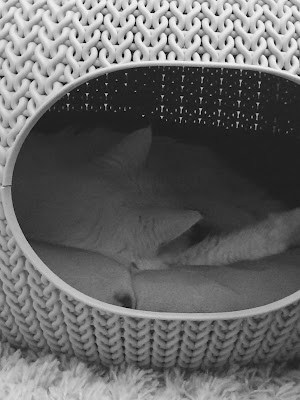 The view behind me today, as I worked... 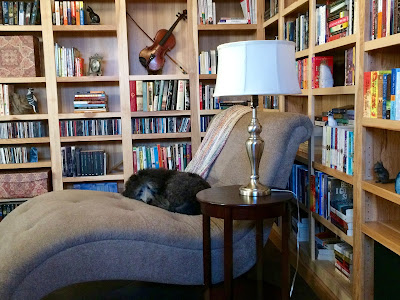 And the wee beastie, trying to entice me to go for a walk at the end of the work day. 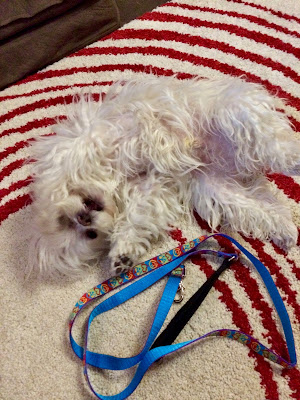 Posted by Where the Fur Flies at 5:12 PM No comments: